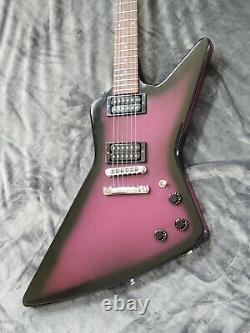 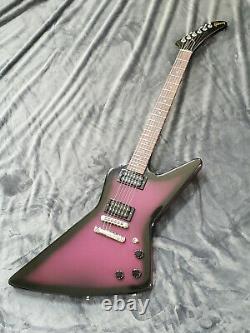 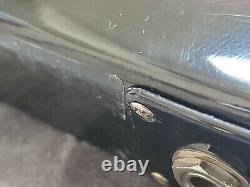 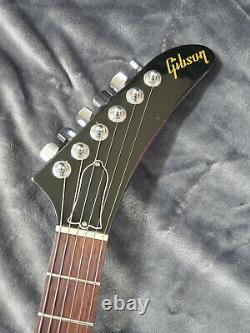 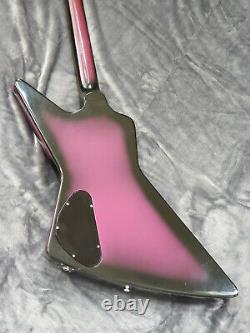 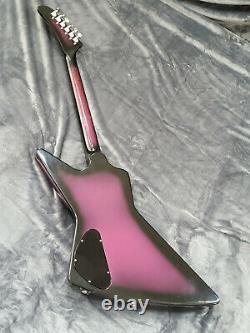 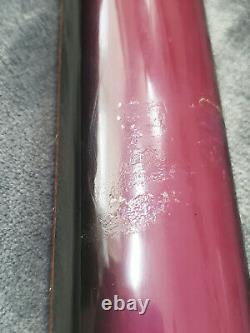 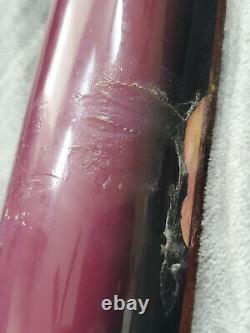 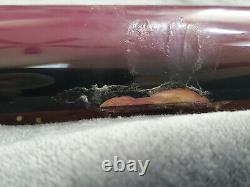 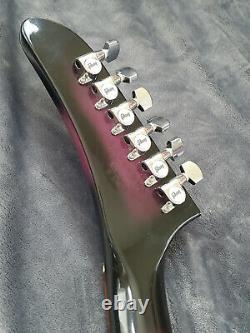 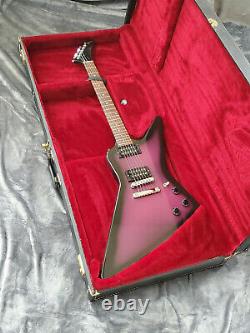 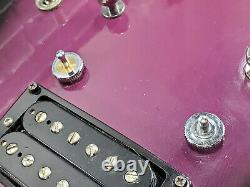 Thanks for viewing another great listing from Buffalo Music and Guitars! Here for sale is my 1984 Gibson Designer Series Explorer guitar with a rare "Purple Burst" finish. These were limited-run custom finished guitars released for a short time in the mid-eighties.

This guitar features a mahogany body, mahogany neck, rosewood 22 fret board, Gibson tuners, chrome hardware, original Gibson humbucker pickups, individual volume controls and a master tone control. Plays and sounds awesome but does have a few notable signs of wear. The biggest issue is the chip on the side of the neck around the 10th fret.

It looks like the previous owner used super glue (or something similar) to cover up the chip and wormed/removed the nitro. Looks way worse than it actually is and it's not too noticeable under the hand, but it shouldn't be too big of an issue if you wanted to get it touched up either. Also has a tiny finish crack by the output jack and some worming on the bottom edges by the strap button. The treble side bridge stud may not be original. Includes the original Gibson hard case.
As with any instrument, you may need to make adjustments to the setup to meet your personal playing preferences. Don't forget to check out all my other listings for more crazy awesome and super rare music gear that you just may never see again! Make an offer before it's too late! The item "1984 Gibson Explorer Designer Series Ultra Rare Vintage Guitar Purple Burst OHSC" is in sale since Thursday, June 17, 2021.
This item is in the category "Musical Instruments & Gear\Guitars & Basses\Electric Guitars". The seller is "buffalomusicandguitars" and is located in Littleton, Colorado. This item can be shipped to United States.