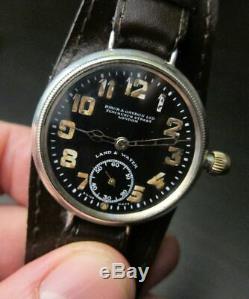 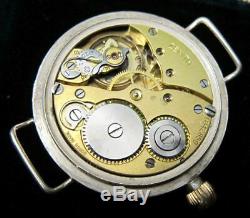 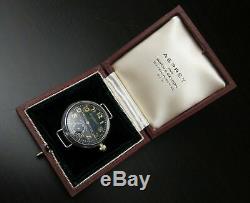 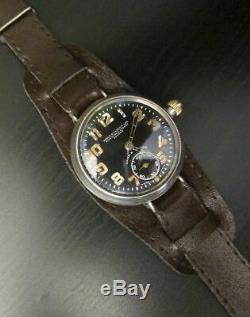 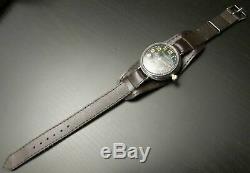 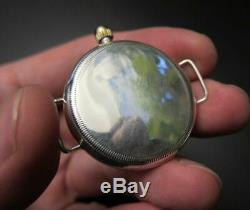 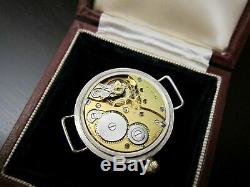 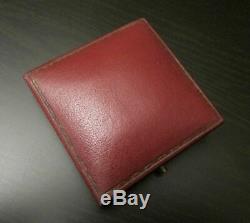 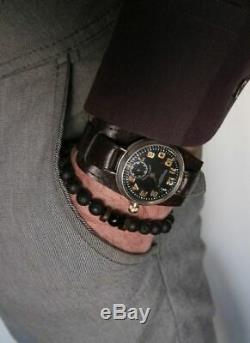 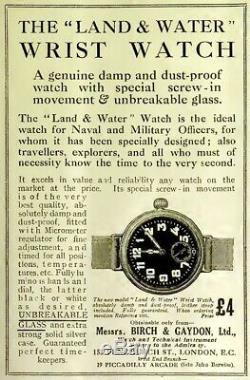 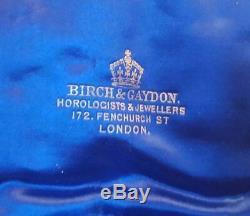 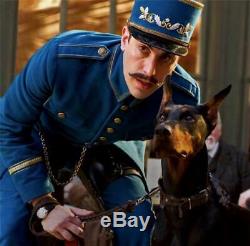 Screwed front and back of the silver hallmarked case. Swiss high grade, gilded Zenith watch movement with micro regulation. Watch come with original ASPREY BIRCH&GAYDON watch box. So, what we have here is a Birch & Gaydon Land & Water Trench watch. Year of the manufacturing is around 1916. Birch & Gaydon were one of the premier jewellers in London at the time (Aspreys who later bought them) and their most famous watch from the Great War is called the Land & Water. The Land & Water had a Zenith movement; they come up very rarely and cost a bomb when they do. The other famous watch was the. Langbourne which was not so lofty and has a Tavannes movement (Tavannes later became part of CYMA). Although Ladies wristwatches have been around for centuries, before the First World war it was considered effeminate for a man to wear a watch on his wrist.

There is evidence of men in the armed services wearing watches on their wrists in the 19th century, but these tended to be pocket watches placed into a leather cup strapped to the wrist rather than purpose made wristwatches. It was difficult and fiddly to get at a watch in your pocket if you were wearing multiple layers of clothing or riding a horse but strapping it to your wrist in a cup meant that you could read it at a glance useful if you were taking part in a coordinated attack. The Gentlemans wristwatch really came to the fore in the First World War and, for the first time, watch makers began to make mens watches specifically to be worn on the wrist. Marie Curie had not long discovered Radium when the war broke out and this also enabled watches to have luminous hands and indices for the first time very useful in a dark trench.

The watches made during this time are generally referred to as Trench Watches, and they tend to share various key features. The early ones often had the 12 highlighted in either red or blue. This was to help the wearer to identify the orientation of the watch quickly if they were used to a pocket watch. Many of them also had large Arabic numerals infilled with radium paint, and Cathedral style hands, also filled with radium paint.
The cases were mainly silver (useful when dating a watch as you have the hallmarks to guide you), and there was usually a second hand as trenches were noisy places so you needed to be able to tell that the watch was running without having to listen to it. Finally, most of them had Onion crowns so they could be wound without the owner having to remove their gloves.

There are also some variations Ive seen them with Roman Numerals and non-luminous hands, some of the early ones had metal cages over the dial and glass to protect the glass, and there are a variety of different case designs including some with screw down cases designed for improved waterproofing. The item "Collectible Ultra Rare Silver ZENITH BIRCH & GAYDON LAND & WATER Trench Watch" is in sale since Monday, January 27, 2020.

This item is in the category "Jewelry & Watches\Watches, Parts & Accessories\Wristwatches". The seller is "midsummerman" and is located in Budyne nad Ohri. This item can be shipped worldwide.