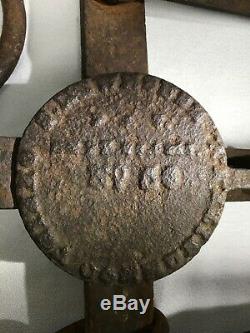 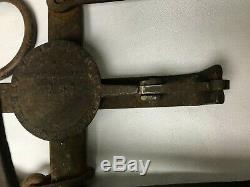 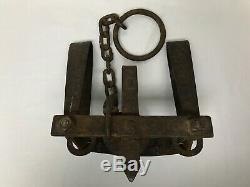 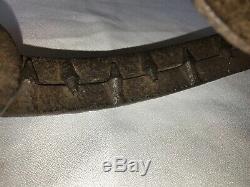 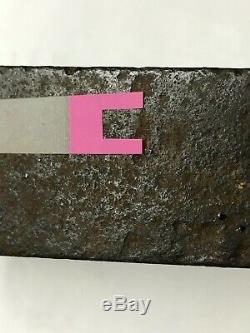 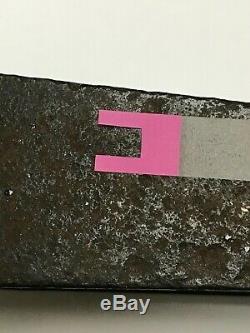 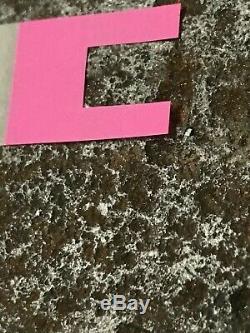 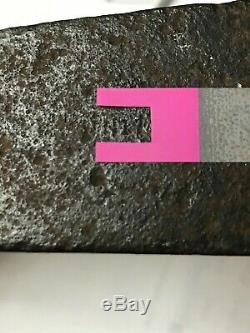 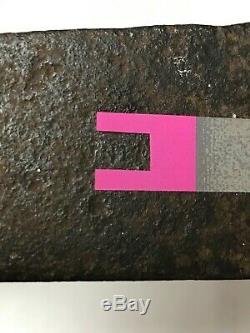 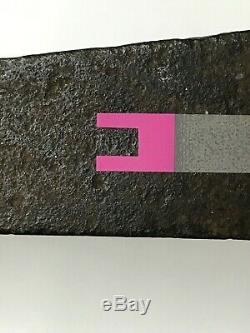 With Marked Springs, only few letters are still visible or noticeable. This is an early original authentic Newhouse. Newhouse Oneida Community NY USA raised lettering trap.
Measures 27.25" long with a 4" diameter pan. Weight 4.87 Kilo or 10.7 pounds. A bit of History By Tom Parr I found on the web. Sewell Newhouse was born in Brattleboro, Vermont in 1806. His family moved to Oneida County, New York, when he was 14 years old. As a young man, he spent most of his time in the woods becoming well-acquainted with the local Native tribes.
Under their guidance, he became a well-rounded woodsman, especially knowledgeable about the pursuit and capture of wild animals. Newhouse made his first steel trap when he was 17, crudely fashioned from scrap metal found in his fathers blacksmith shop. In 1849, Newhouse was approached by John Humphrey Noyes, who had just launched a communal living venture on the banks of Oneida Creek, a few miles from Kenwood, New York.
The commune was a religious idea, intended to save mankind. It was based on the idea that a perfect life could only be lived if people sacrificed everything to the communitys interest. Newhouse joined Noyes Oneida Community, and there he continued to make steel traps in the old way, by hand. By 1855, the demand for Newhouse steel traps had grown to such an extent that the Oneida Community leaders decided to begin manufacturing on a much larger scale, and it became a major part of the business dealings of the Community. In the 1850s, Oneida Community produced a No. 5 and a larger No. 6 bear trap called The Great Bear Tamer. While Newhouse bear traps were well-known, they never were produced in great number.
The earliest model, called a slick pan, had no lettering on the pan. This trap was built in both the No. 6 size from 1850 to 1855. 5 & 6, with a lettered pan that read S.

15, which is the same as a No. 5 but with offset jaws exposing the teeth between the jaws; two smaller bear traps, the No. 50 and 150, also went into production.
During the Kenwood era, for a very short span, Oneida Community built a No. 35, called the Newhouse Self Setting Bear Trap. It was not well received by trappers and was only on the market for a short time; these are very rare and prized by todays trap collectors. From around 1895 to 1911, Newhouse bear traps had S. Y in raised letters on the pan; they were built in sizes No. From 1911 through 1925, S. Sept 26-1911 appeared in raised letters on the pans, and collectors refer to these as the patent date model; they were made in all of the same sizes. The raised letter pan now read Oneida Newhouse Reg. Lititz, PA; they were made in sizes No. The value of Newhouse bear traps varies greatly, but all are collectible. The item "Ultra Rare Antique ONEIDA COMMUNITY NY NEWHOUSE BEAR Trap NO # 50 Marked Springs" is in sale since Sunday, December 29, 2019. This item is in the category "Articles de sport\Chasse\Chasse d'époque\Pièges d'époque".07" and is located in Québec. This item can be shipped to Canada, United States.